Initial impressions of the Nikon Z6II

I have had the Nikon Z6II for a little over 3 weeks now and I have used it for several different types of shoots. I have shot my sunrise images with it almost every day since I first received the camera. It has been used for several Astro shoot sessions including both wide nightscape images and deep-sky shots taken on my Star Adventurer. We have had several storms during the time which I have caught taken both single shots, attached to a Miops Smart lightning trigger and several timelapse sequences. I have even used it to capture a business opening event. Each time I have used the camera I have discovered something new about it. 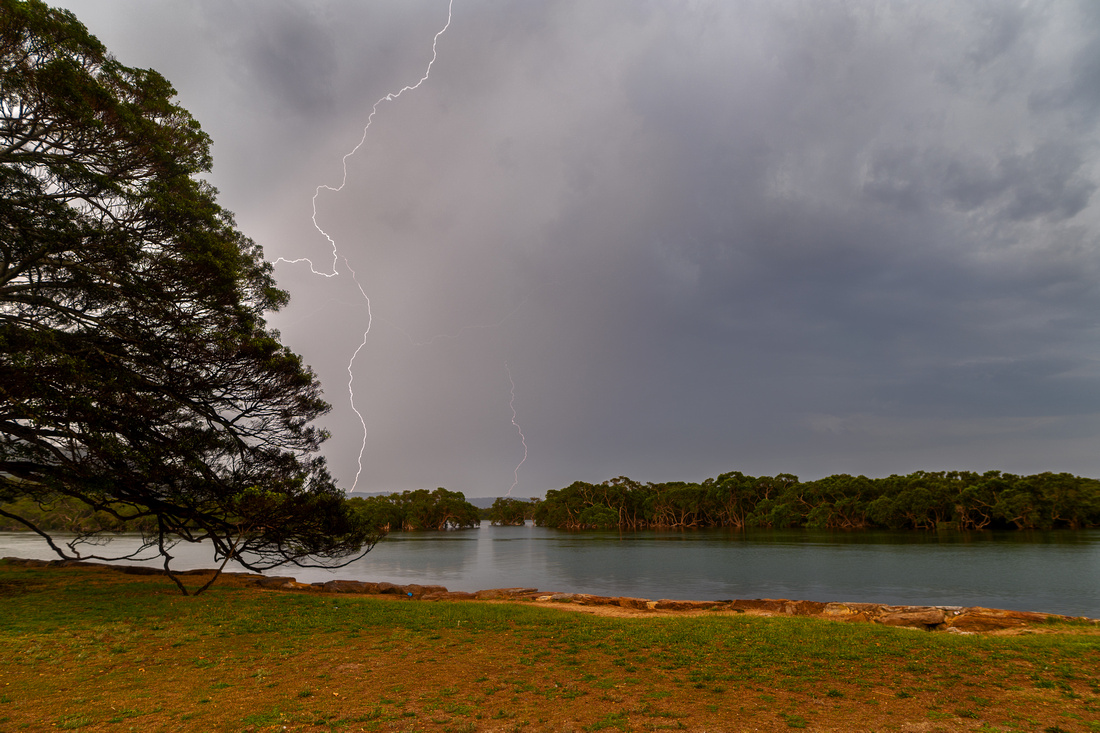 I normally shoot with a D5, so I am used to a heavy, high-performance camera. The Z6II impressed me the moment I took it out of the box. I ordered the camera with the FTZ adapter, the 85mm f1.8 lens in Z mount and the MB-N11 battery grip. The packaging was comprehensive, but I found the small user manual more like a quick guide than the usual instruction book that has come with all my other Nikon Cameras. The first few shots were taken of my wife, the family dog, and various shots around the house. I marvelled at the EVF display, its big, bright and can display a variety of data including histogram, shoot details and level. The automatic switching between rear screen and viewfinder is responsive and quite quick. I had hoped it may have included the highlight warning display as I find that especially useful on the rear screen. I tent to switch between the level and the histogram while using the EVF.

Another great initial observation is the overall weight of the camera. As mentioned above I usually shoot with a D5 and that is a heavy camera. The Z6II is much lighter in comparison especially if I use the 85mm Z mount lens. The equivalent lens I have for the D5 is the Sigma Art 85mm f1.4. The combined weight is considerably less, a great bonus if you are shooting a 12+ hour wedding.

The focus system has its ups and downs so let me start with the ups.

Stars! This camera focuses automatically on stars and not just the brightest ones. I tested this several times and found that each time it works amazingly. I put the 85mm on the camera and started to pick out numerous deep sky objects in the camera via the EVF. Orion Nebula, Eta Carina, LMC and SMC, the Jewel Box, and the Pleiades to name a few. No other camera I have ever tested or used could do this. I then used the camera to focus on stars the way I normally do via the LiveView display and zooming in. I had no trouble in picking up stars and could use the fainter ones to guarantee good focus. Again, this was the easiest focus system I have ever used for this purpose. I then discovered I could zoom in not just on the LiveView screen but the EVF as well. After testing this on a couple of the deep sky objects again I set out to take some nightscape images. Unfortunately, clouds started to infect the sky, but I did manage to capture several images for review. The next time we went out to capture the night sky I still was amazed by the camera’s performance at focus both in auto and via the LiveView/EVF. This time I noticed that the nightscape view in the EVF appeared more detailed than what I could see with the eye. I was in an urban area with a Bortle 4 sky, but I could see the landscape beautifully to compose. I set my camera up and started to shoot. Once I had a composition, I liked I started to use another of the camera’s great features, the longer exposure times. The Nikon Z6II allows for exposure times to extend beyond the usual 30 seconds up to 15 minutes selected on the camera. I tried a 15-minute in-camera star trail to see what it would be like. I needed to lower the ISO to compensate but the results were fantastic. 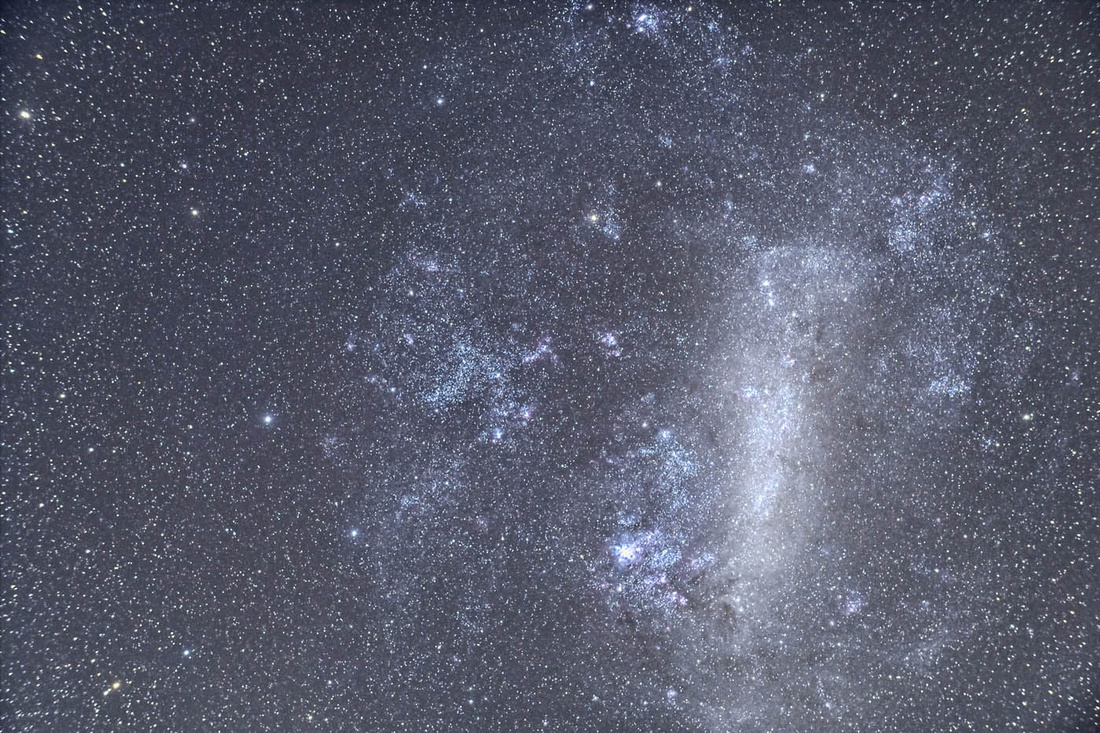 Another up in the focus system is the pinpoint mode. You can change the single point focus down to a small area. This allows you to select the eye in most portrait situation. It would also be perfect for locking onto small objects like birds and flowers with a busy background.

Now for the focus system downs.

I had the opportunity to capture a martial arts session with a Nikon Workshop and I tested the camera on its tracking and face/eye detection focus. For static subjects, the cameras focus performed beautifully. The new focus mode where you can select a small box where the camera is looking for a face made it easy to compose my portrait style shots. The eye focus locked on and tracked the slow movement well. Unfortunately, once the action speeds up it lost contact, especially if the subject turned away from the camera. The focus would get lost and I missed shots. I would estimate that out of every 10 shots I would have about 6 keepers that were spot on, 1 that was very usable and 3 that were off to a varying degree. That is not too bad but unfortunately, I am used to the D5 where almost every shot would be spot on. So, I found that a little disappointing.

The ISO performance of the camera is amazing. The D5 is the king of ISO but I find the Z6II is quite comparable. The images are clean shot at up to 6400, the shadow detail does show a little extra noise when pushed a little but that is understandable. Portraits shot at night at 1600 show detail and are clean. The dynamic range still seems wide when shooting at the high ISO as well. 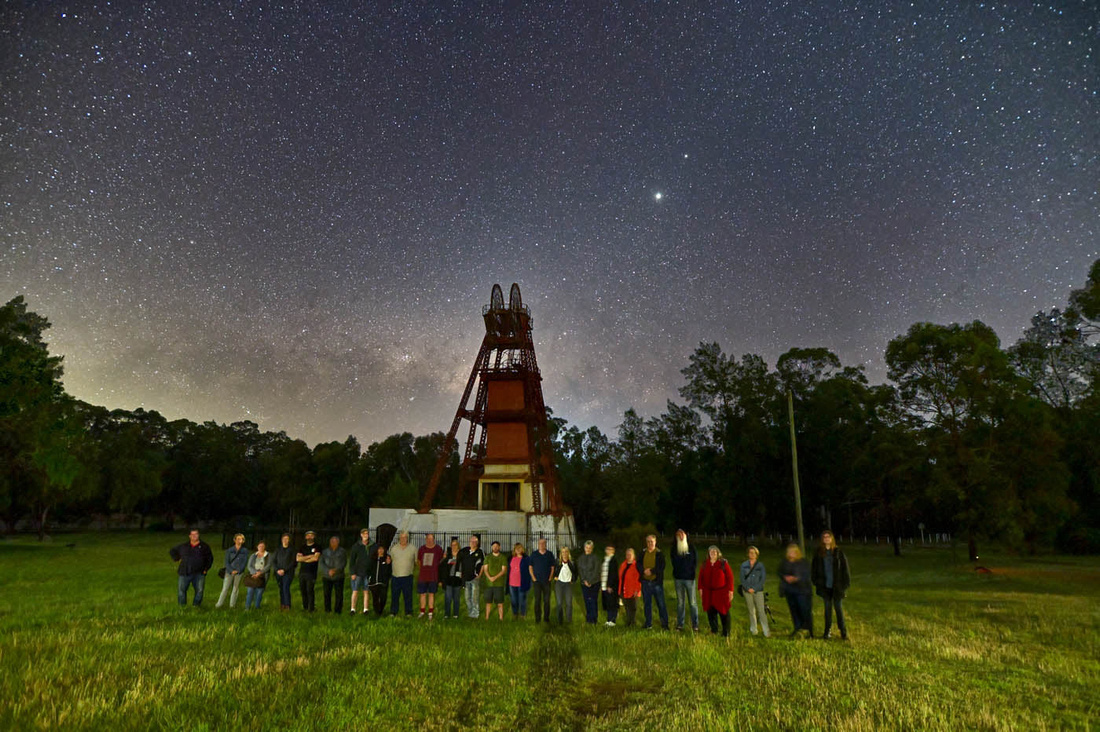 Speaking of Dynamic Range, the camera performs amazingly with difficult light landscapes. My wide FF lenses are the 20mm Sigma and the 14mm Samyang currently. Both lenses require the 150mm filter system which I have ordered. I have been shooting my landscapes filter-free and I am finding that as long as I expose for the highlights, I can adjust the shadows beautifully without adding excessive noise. 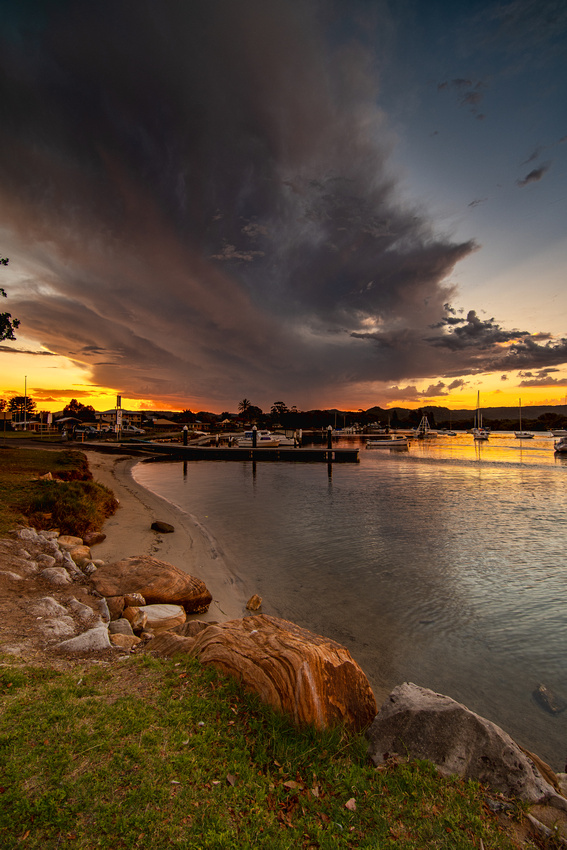 Navigating around the controls of the camera are easy with the full access touch controls. The customisable information display allowed me to set up the camera for my use. Making it easy to change the focus system, metering, white balance, and image quality in seconds. The 2 front function buttons are easily accessible and easy to set as well. My only disappointment is the buttons are not backlit like the ones on the D5 and D500. That small addition would have made a world of difference for me as I use them all the time on my other camera. The top LCD display I find I am using more than on my D5 as it can be read at night. this display not only shows the settings of the camera but the time remaining on the longer exposures.

It's not all roses though, there are a few issues I’m not entirely happy with, Some will be because I am not used to the camera properly, some because I haven’t set it up correctly and some appear to be associated with Mirrorless cameras in general.

Firstly, is the concern everyone seems to have regarding Battery life. While the Z6II works amazingly I do find I am going thru a battery faster than I would like. I will admit that is not exactly a fair assessment as I am used to the D5 battery life. When I compare the battery life between the Z6II and my D500, I am comparing the same battery the ENEL15. The D500 lasts longer but not by much. The Z6II does take the new version “C” battery which allows it to be charged via USB and holds about 15% more charge at 22ooMhr as opposed to 1900Mhr of the D500.  With a few spare batteries, I purchased an extra 2 with the camera, you should not have any issues.

Secondly, I find the LCD and EVF screen dim before putting the camera to sleep. This does seem like an ok feature, but it does it too fast. I find this most annoying at night while either focusing or composing my nightscape and Astro images. The standby timer is set to 1 minute to conserve battery life, but the screen dims about 10 seconds earlier. The next setting is 5 minutes which I think is too long. A 2-minute selectable time would be better in my opinion.

This point leads directly into the third issue I have which for me is the most annoying. I want to conserve my battery life as much as possible, so I have my standby set to 1 minute. Unfortunately, when the camera goes into standby you need to wake the camera up before it will shoot. For my landscape images where I am waiting for a moment, that moment may not come for several minutes. The wakeup time is quite fast, but you need to double press the shutter to get a shot. I hope that a future release may include a setting where it will wake and capture a shot from a single press.  I do not want to keep changing the standby timer in the camera to 5 minutes.

As I mentioned at the start this is a Quick review of the camera after only 3 weeks observation and use. I felt it unnecessary to mention the RAW file read issues as Photoshop and capture one is responsible for that. But there are a few workarounds if you have the camera and would like to know. Overall, I am extremely impressed with the camera. The images are amazing, the focus is accurate for the type of shooting I normally do.  The dynamic range is impressive along with its low light performance. The EVF is a joy to use and the sensor readout makes it easy to get the shot right for both a beginner and an experienced photographer. The battery life could improve and the standby issues while a little annoying have not spoilt my enjoyment of this new camera. Nikon you have done am amazing job with this camera and with a few minor tweaks you could smash it for 6.

PS. One very curious thing about the Z6II camera. I register all of my cameras with Nikon NPS, this includes noting the Serial Number of the camera. My Z6II Serial Number is 7400554. The serial number for my Nikon D5 purchased over 3 years earlier and a completely different model camera is 7400553. The serial numbers a consecutive, what are the odds? This model Z6II was destined to be mine it would seem. 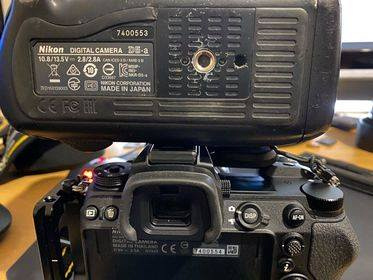 David Rushworth(non-registered)
Thanks Andrew for spending time to do such a comprehensive review of the Z 6ii.

Like you, I noticed that the camera had no backlight for the buttons, which is what I appreciated with thr D500, but I would have liked an articulating screen like the Olympus OM-D EM 1 Mk 2. Who knows what will eventuate with a Z 6iii.
No comments posted.
Loading...
Subscribe
RSS
Recent Posts
1 Year with the Z6II The Z6II initial impressions. Working the Dream The Bush, the fire and the regeneration. Silly mistakes Photographers make. Nightscapes, What, When, How. Getting up to shoot sunrise every day. How good is the 135mm f1.8 Sigma Art lens Capturing the Milky Way Thoughts on the 20mm f1.4 Sigma Art lens
Keywords
Photography Andrew Murrell Photography Nightscapes Astrophotography Andrew Murrell landscape Wedding Photography Weddings Nikon
Archive
January February March April May June July August September October November December
© Andrew Murrell Photography
Powered by ZENFOLIO User Agreement
Cancel
Continue