The Bush, the fire and the regeneration.

Bucketty is a small rural community in the hinterland on the border between Central Coast and Cessnock Councils. It’s an historic area with several convict constructed roadworks from the Great North Road.  It’s an area I know quite well having set up my telescope in the Mogo Creek camp ground and because one of my best friends lives in the region with his family. He is a member of the local RFS and saw up close how devastating these fires were. 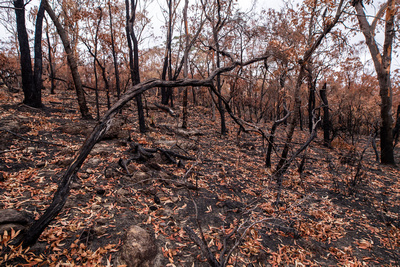 The fires reached the area by mid-December and after nearly a month I asked my friend if it would be ok to visit the area. I set off on the afternoon of the 9th January wanting to try and make it to the old camp ground. After driving past several other burnt out regions along the way I arrived at the St Albans Rd and set off into the bush or what was left of it. The left side of the track was the usual tangle of eucalyptus trees and scrub while the right was a wasteland of black and brown, no movement, no green, no sign of life. At least not as I was driving. About 2km along the road I found an old track leading away so I parked the car and decided to look around. When I got out of the car a strong smell I hadn’t noticed before assaulted me. It was not unpleasant and it was vaguely familiar. At first glance, the spot I had stopped at looked desolate just a mass of black ground and brown dried leaves. Looking a little further I saw a few splashed of green. When I inspected this I saw it was the new shoots from the Grass Trees that littered the bush here. 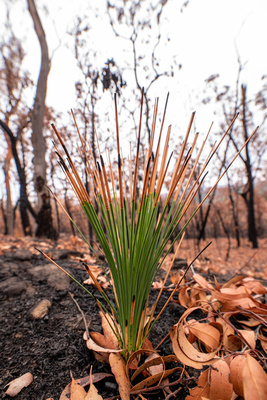 These green shoots screamed out life against the black and brown. Looking more around the region I found other signs of life. At the base of a burnt out tree I found some red leaves and growing directly from the ground. They reminded me of the Red Weed from the War of the Worlds novel. 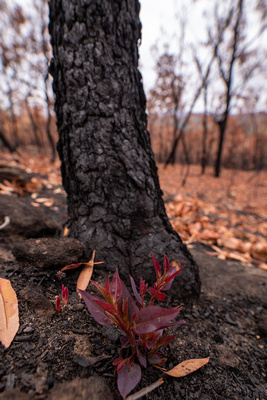 Soon I was noticing more of these red leaves both on the ground and growing directly from the trunk of the burnt trees. The contract from the black charcoal of the trunk to the vibrant red fronds and leaves was quite dramatic. I realised that the colouring of the new shoots was probably an evolutionary trait to camouflage them in a forest that was designed to burn. 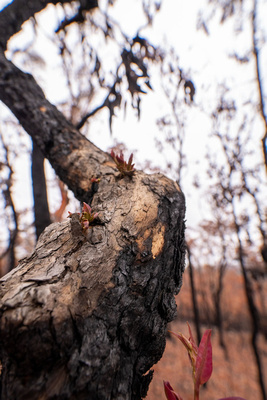 Soon enough I found the odd lucky survivor, a small stunted eucalypt and a small bush that appeared to be totally unburnt in the middle of the devastation. 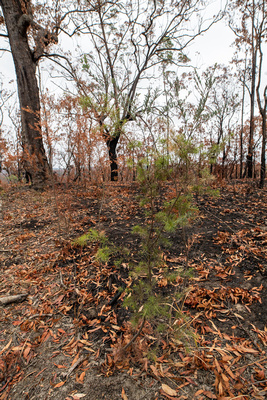 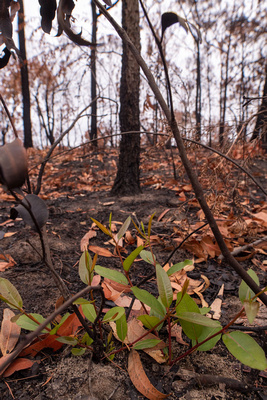 When wandering about I found several signs of human intervention. A few broken and now melted bottles, some old cans, a cluster of abandoned tins of paint and to my surprise a fairly recent model car. 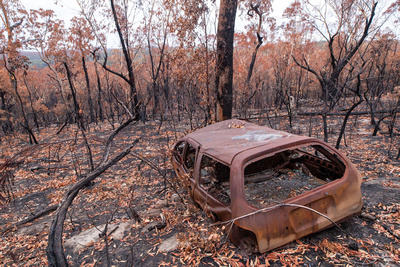 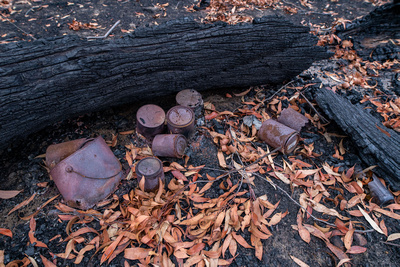 How it came to be in the location it was in was anyone’s guess, with no clear path several rock drops uncovered by the flames and trees too close to even allow it to be driven in. You could see that it had taken quite a beating from the flames. Glass shattered and then slumped into some new shapes, the alloy wheels on one rear side were burnt away completely while another had completely melted and run into a pattern on the sand. A third rim was almost completely untouched except the rubber of the tyre had melted and burnt away leaving only the steel cables behind. Small splashes of melted aluminium from some of the cars trim were splattered over a rock. 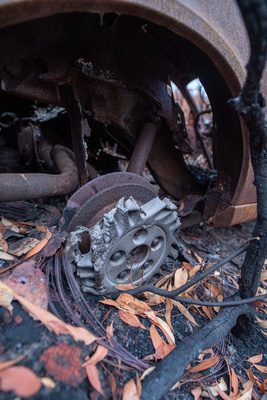 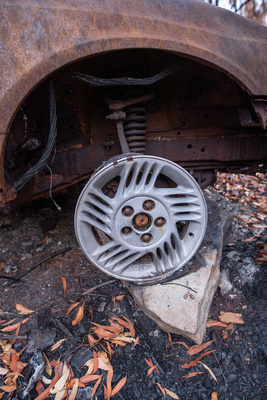 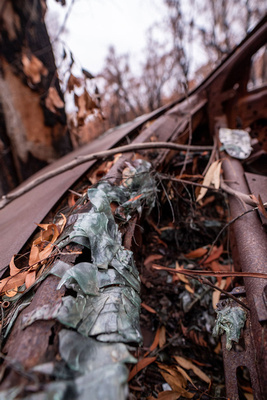 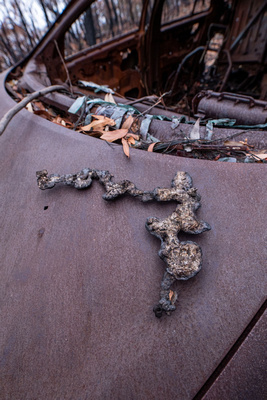 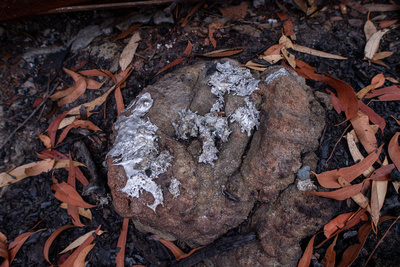 Its freshly rusted surface I noticed blended into the colour of the landscape as effectively as the fresh shoots from some of the trees. 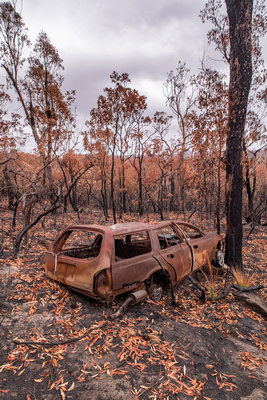 In all I spent about 2 hours wandering around the area. I eventually identified the strong odour I noticed when I first arrived, it was a combined scent of fire ash which I find pleasant and eucalyptus oil. I found the smell to be uplifting in an otherwise sombre scene. 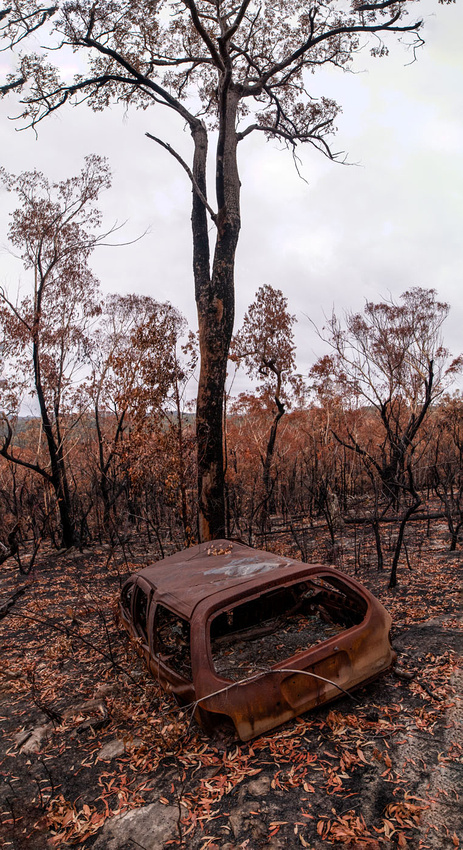